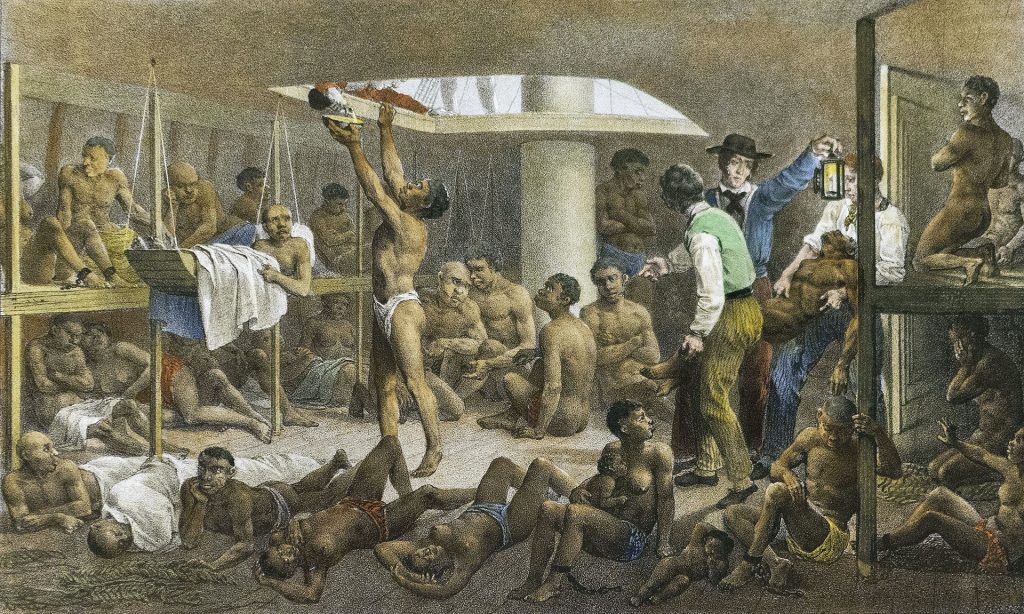 A painting c.1830 by the German artist Johann Moritz Rugendas depicts a scene below deck of a slave ship.

The NYSRI has indexed information about slave ships arriving in New York City between 1715 and 1765 based on colonial records.

We identified 998 records of ownership slave ships by New Yorkers. You can see this by using our Search menu and selecting the “INVNY” tag. Notable NY investors included these people:

We also identified 665 records of investors outside of New York who had ownership interests in slave ships arriving in New York. You can see these by using our search menu and selecting the “INVI” tag. These owners were generally from Europe or the Caribbean. Notable investors frm outside of New York included these people:

The ships delivering the greatest number of enslave persons were:

These ships acquired the enslaved persons in Africa.

The following table presents more than 1,800 slave ship voyages involving New York, listed by year and identifying owners and investors. The tab “INVNY” means that the owner/investor was from New York. For each record, click on “view record” to see the entire record.

This entry is licensed under a Creative Commons Attribution-NonCommercial-NoDerivatives 4.0 International license.