Jinny and Billy of Mamaroneck Ginny and Billy were enslaved by the Motts of Mamaroneck, living at a place now called the “Mill House” in Larchmont. This article presents a section of a book titled Adam and Anne Mott: Their Ancesters and the Descendants, by their grandson Thomas C. Cornell. The section focuses on two enslaved persons – Ginny and Billy. According to the article, Jinny was landed from a slaveship in 1744 and purchased by Samuel Underhill. Billy was born about 1728, and his parents Tom and Caty were enslaved by Thomas Bowne of Long Island. Billy and been purchased by one of Samuel Underhill’s neighbors, and when Underhill moved to a farm in Mamaroneck, he traded to acquire Billy so as not to separate the couple. Ginny and Bill were emancipated by by the Motts who were Quakers who, in the 1770s and thereafter, were expected to emancipate enslaved people, but continue to live with the family after their emancipation. The essay describes a trip to New York city on the Mott’s sailboat. 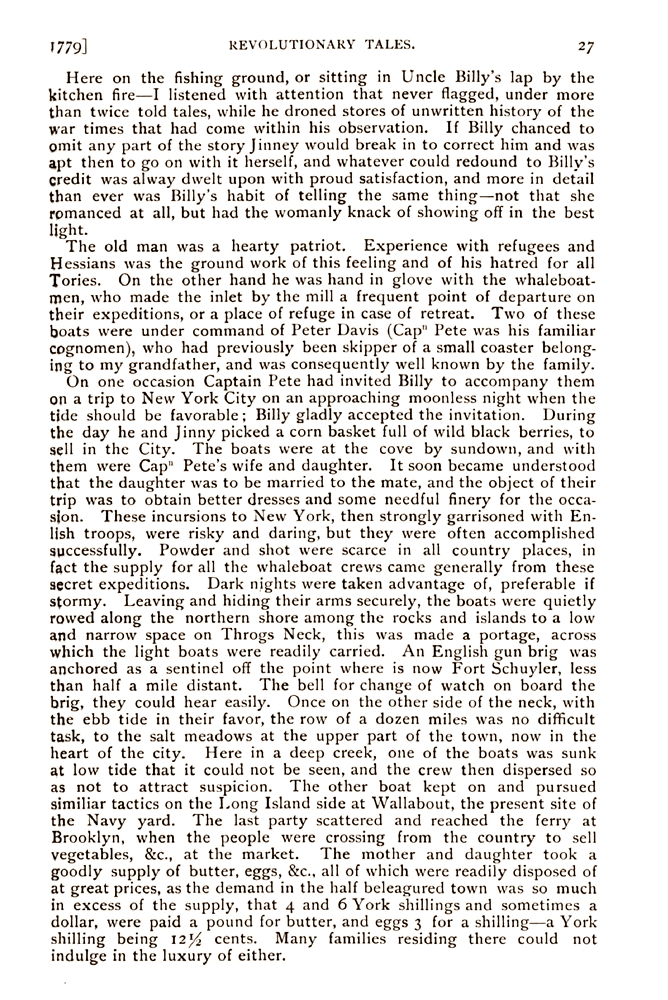